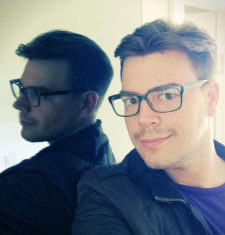 Member of the Pool of experts of CNELL. He has a long-standing experience in intercultural and inter-religious projects – seminars, conferences and trainings, as participant, guest speaker and as a trainer in trainings for citizens, adult educators and youth workers. He has a strong background in business of Internet marketing and support of ICT development in small enterprises. He studied Religious studies from the University of Belgrade, with certificate of participation in Advanced undergraduate studies at Belgrade Open School at program – EU integration and European Citizenship. He is actively involved since 2008 in the network of inter-religious dialogue oriented organisations and conferences in the region of Balkan. He is also an honorary member of the Church & Peace international organisation from Switzerland. He has participated, also appearing as a speaker, at a series of workshops and seminars organised by the Centre for inter-religious studies at the Belgrade Open School. He wrote several articles on inter-religious dialogue, tolerance and acceptance, promotion of culture of tolerance and understanding through inter-religious and interdenominational activities, strengthening the role of women in religious communities, as well as culture of non-violent action in Europe as the Christian historical legacy.
He has significant experience (thanks to his employment and earlier volunteer engagement, as well) in various fields of business consulting and providing support for young entrepreneurs in their start-up, as well as in using new technologies and ICT in digital advertising/internet marketing and business consulting for micro and small enterprises, as well as digital start-up business and entrepreneurs.